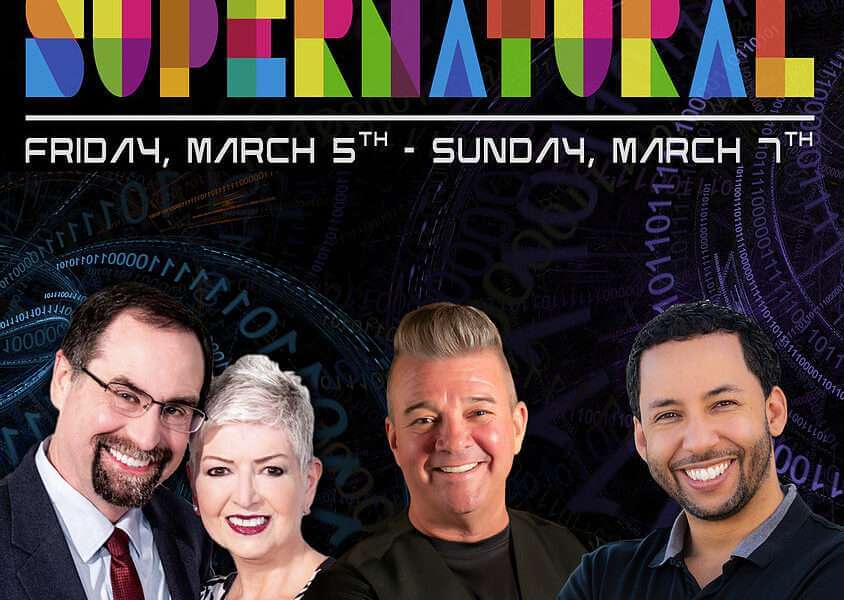 L.A. Marzulli will NOT be Attending Decoding the Supernatural – IN PERSON


*L.A. Marzulli is no longer attending due to a family emergency.*

Jeff Jansen is the Founder of Global Fire Ministries International in Murfreesboro, TN. The mission of GFMI as an Apostolic and Prophetic ministry is to pave the way for personal, city, regional, national, and World revival. The ministries of GFMI include Global Connect, Global Fire Churches, Global Fire TV, and international conferences and crusades. Jeff Jansen is well-known worldwide for his Miracle/Healing anointing and Prophetic ministry, often giving revelatory directives for not only individuals but regions and nations. Jeff is also the founder & Senior Leader of Global Fire Church Murfreesboro, from which the Global Connect initiative of church planting and networking was birthed.

Derek Gilbert hosts the daily news analysis program Five in Ten for SkyWatchTV and co-hosts the weekly video programs SciFriday and Unraveling Revelation with his wife, author, and analyst Sharon K. Gilbert. He’s been interviewing guests for his podcast, A View from the Bunker, since 2009.

Derek is a Christian, a husband, and a father, and the author of the groundbreaking books Bad Moon Rising, an analysis of the spiritual forces behind Islam, The Great Inception, and Last Clash of the Titans.

He’s also the co-author with Sharon K. Gilbert of Giants, Gods & Dragons, a fresh take on end-times prophecy that identifies the entities traditionally called the Four Horsemen of the Apocalypse, and Veneration, which exposes the influence of the pagan cult of the dead on ancient Israel (and on the prophecies of Isaiah and Ezekiel). He also co-authored with Josh Peck The Day the Earth Stands Still, which documents the occult origins of “ancient aliens.”

Daniel Duval is the Executive Director of BRIDE Ministries and is also the Senior Pastor of the BRIDE Ministries Church. He is the author of six books, including two #1 Amazon bestsellers about prayer. He is the host of the Discovering Truth with Dan Duval podcast, the creator of the BRIDE Ministries Institute, and the creator of the BRIDE Ministries DID Coach Mentorship program. As an entrepreneur, he also runs two private businesses. He speaks both nationally and internationally on a wide variety of subjects but is known for his expertise in the areas of inner-healing and deliverance. As an advocate for survivors of extreme trauma, it is his vision to build a world-class platform that caters to survivors of satanic ritual abuse and government sponsored mind control agendas, which includes free resources, a church, support groups, trained coaches, housing solutions, and more. He resides in Houston, TX with his family.