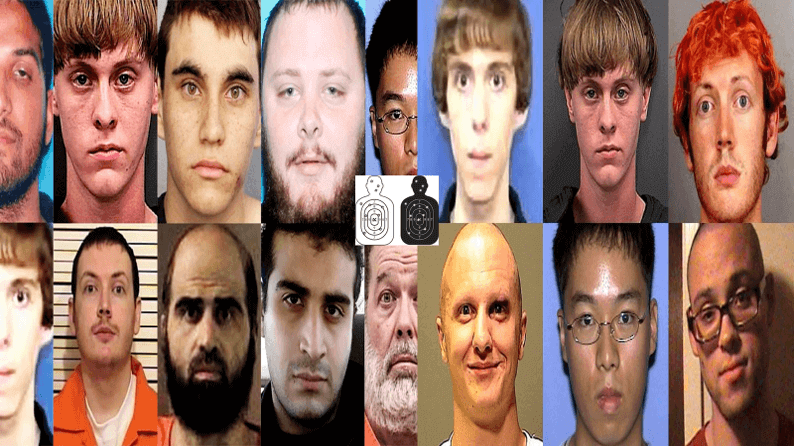 HUMANITY
So, shooters in Chicago, El Paso and Dayton …this time. The Dayton shooter murders many and his very own sister. Just a boy…boy scout, a kid, a son, a student, a geek? But not a homicidal shooter who planned, wore body armor and slaughters multiple victims…. right? He was alive the day before and is now dead and hell is now known to be just as real. He leaves a family to go into hiding, grieve and answer for him. This shooter like so many other dogs (Revelation 22) like him leaves the dead, the wounded, the terrified, the officers who had to put him down and a nation screeching in a civil war of words with…… blame shifting embarrassment. O yeah and then there is the self-serving politicians who will just these events for attempted voter assimilation.

News Reports….. “Officials did not immediately identify a motive behind the attack, which came just about 13 hours after a rifle-toting gunman in El Paso, Texas shot his way through a packed Walmart, killing 20 people and injuring 26.” NewYork Post
MOTIVES MATTER
It’s madness, insane and undeliverable! Why??? What’s the heck’s the matter with humanity, with anyone who would do such a thing? This may be the resulting feelings of many of us who still know what it is to be outraged. But let’s get to the heart of it…. it’s evil, evil exists, evil is real, and evil must be engaged.

The heart is more deceitful than all things
and desperately wicked;
who can understand it? (Jeremiah 17:9)

Jesus reveals fallen broken humanity
19 For out of the heart proceed evil thoughts, murders,
adulteries, sexual immorality, thefts, false witness, and blasphemies.
20 These are the things which defile a man…” Matthew 15

Well why did he and all the others do it?  Will we ever know? Some say no.  Did they just ‘psychologically snap’ as the FBI profilers say? They just went mental some say…..whatever that means. So, if we can just get at the motive, we can…fix it, stop it, alter it or ‘disarm the motive’ then we can stop this evil right?

WILL WE KNOW
Well maybe not….there are the sin sick, the demonized and those with a combination of both, programmed shooters, ideological killers, terrorists on many levels, racists, race-baiters, the raging-angry and more. It is horrific and would be life changing if you were there in Aurora, in Phoenix, Vegas, (all the other places), El Paso or Dayton. The sound of the weapon, the screams, the chaos and the carnage would etch itself into any victim’s mind.
But it’s the shooter whose life needs to be peeled back and investigated, thus ‘motives matter’. The ‘gun’ is just the murderer-homicide-ers tool they have chosen. Others have chosen bombs, a car to run others over with, knives, poison, fire, fists, hatchets, baseball bats, a brick or other nearby objects.
So, look at the person, look at the motive because it’s the cause behind the tool!
Motives in the lives of Homiciders:
SIN SICK
Like Cain who killed Abel, it was sin (the evil within) that was crouching at the door of Cain’s jealousy, anger. The SIN of unrestrained, undealt with anger moves people to say, do and at times never regret what they say or do. When a person is in anger long enough they open wide for another factor….non-human enhancement or let’s say it as it should be say ‘demonic presence pushing a person over the edge. Now this ‘MOTIVE’ will not be in the criminalists, the psychologists or FBI profilers conclusion at all….it’s not in their grid. So we will hear
THE DEMONIZED
If you real know then you know satan is just what Jesus said…a murderer and so are demons. Satan-demons can grab ahold of a person’s seething anger and set it aflame! Can this type of SIN-DEMONIZED ANGER that will not be seen in the reports at all? Can a demon or satan himself move a person to murder, rape and or slaughter many others? …YES, but how do you investigate this? What was the motive for Judas betraying the Savior unto death? So with the rise of demonization (and its not going away but increasing) will we see more …. demonized slaughterers? Yes! the demons will inspire, move, possess and when the shooter is put down and their body dies….the demons just pop out and search for another ……vulnerable, angry ‘motivat-able’ loner.
THE IDEOLOGICAL
Those who embrace a political or other belief systems that would motivate them, Islam comes to mind here. Ideological motivation will lead them to plot, plan, set up and slaughter …. like in California and over there in Paris. Racism on all levels, nationalism on all global levels, resistors and even national-political revenge slaying.
MONEY
Drugs and the money to be made will motivate many to slaughter others. Just study Mexico and the 170,000+ dead in 10 years by drug lords, pimps and the drug cartels-gangs. The cartels, drug gangs will kill groups, individuals and even assassinate political leaders to stop opposition. Shooters go back to the older mafia and the old Chicago valentine’s day massacre.
There are two other categories that will not be on the headlines of any know media outlets.
PROGRAMMED SHOOTERS
In my observations the shooters in Aurora, Phoenix and clearly in Vegas were individuals who had alter sub-personalities who were created, trained and programmed by assignment to shoot and murder-slaughter crowds. It would seem like the ‘handlers’ were running tests to see how this could work….to help bring in a total chaos. Or help drive political change that would weaken existing society and help drive in a new system of governance.
The issue here is how do you investigate a programmed shooter, especially if this isn’t even in the grid of criminalistics, psychology or law enforcement understanding. I suggest anyone who really wants to know more on this ‘imposition of will’ (programmed shooter assassins) go get G.H. Estabrook’s book, ‘HYPNOTISM,’ and look under his chapter on ‘weaponizing’ where he (a US Military hired Psychologist) describes how they can take a person and created alter sub-personalities and program the sup-personality to be an shooter assassin. You can also study the book PROGRAMMED TO KILL by David McGowan
AND THEN THERE IS
THE COMING SATANIC SUPER SOLDIERS
There are tens of thousands of intact ….. persons who were selectively birthed into an agenda that includes created programmed shooters, chaos makers, killers who are also empowered by demonic spirits to be the most ……. brutal, violent hyper – slaughters who will ever manifest in human history. I contend that we have seen some of this in a few of the shooter killers (Vegas) but this is a sliver of the tip of the dark satanic iceberg that is readying to surface.
See the book THE BLACK AWAKENING: rise of the satanic super soldiers and the coming chaos.
The book that’s been screaming about programmed shooters, radical evil, the coming slaughter and the bloody end of human history as we know it.

Days of Chaosend of days 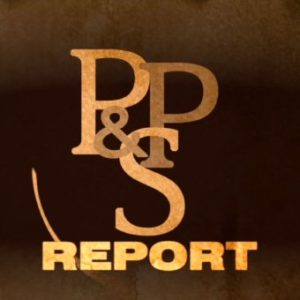 PP&S Report- Do You Miss Him Yet?

PP&S Report- No Vote Until the Fraud is Fixed!

No Events
All Events