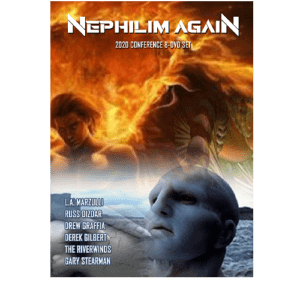 On the Trail of the Nephilim Ep 6: DNA - The Final Results

Were the inhabitants of the ancient Americas a completely different species?

When experts were shown examples of skulls found throughout the Paracas region of Peru, they said…

“This has to be genetic…”
“We don’t have that in our features…”
“You can’t push that back in anatomy. You can’t do any kind of head manipulation to do that…”
“Because of the way the cervical spine would sit, their jaw would be on their chest unless their neck were a bit longer…”
“I came to the conclusion that this cannot be a human being. It has to be something else.”
“We’re looking at a whole different species…”

As if the unusual physical features identified in the skulls were not enough, when detailed DNA analysis was conducted on these skulls the astonishing results showed these people were tied directly to the Middle East!

What were Middle Eastern people doing in the Paracas region thousands of years ago?

The Bible provides a narrative of unusual people living throughout the Levant, most notably the Nephilim and their closely related cousins the Anakim, which literally means “long necks.”

Could the Anakim, along with other relatives of the Nephilim, have migrated to the ancient Americas?

Is it simply coincidence that the Paracas people with such unusual anatomy suddenly appear on the shores of Peru 3,500 years ago, precisely at the same time as Joshua was leading the people of Israel in the conquest of Canaan?

Or are these elongated skulls the last remaining clues of the fate of the Anakim?

Join L.A. Marzulli as he pulls back the dusty curtains of time to reveal a paradigm-shifting discovery that you won’t find in the history books.