Menu
View cart “The Best of Watchers” has been added to your cart. 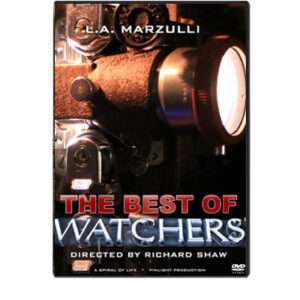 Our groundbreaking film in The Watchman Chronicles series, Fatima 2 – Strange Phenomena. This film is explosive as it contains never before seen photographs from the 1917 events in Fatima, Portugal. Does this photograph prove that a disc-like object went over the crowd on the moors of Fatima almost 101 years ago? Does it validate many of the eye-witnesses who claimed to have seen a dull, silver disc? We are also offering the book by Jose Machado, who is a professor of Semiotics and gained access to the sanctuary at Fatima where he discovered the circular object in the photograph. Fatima 2 also reveals:

We are told that Satan will come with all signs and lying wonders. Was Fatima with all of its strange phenomena a harbinger of deception?

Fatima 2: The Reviews Are In!

“LA Marzulli’s new Fatima video goes further into the origin of the location of the phenomena and subsequent deception of the willing masses. The photographic evidence shown in the film further reinforces the idea of an outside influence heavily imbued in ancient occultic idolatry. But the short piece near the end of modern examples of light flares and sun effects and subsequent fake “visions” are perhaps the most notable, and while the UFO component of Fatima now seems blatantly obvious, the ongoing light displays need to be seen. They give us pause that the deception goes on unabated to the masses — willing to believe anything without the slightest regard that they’re being taken in. And with that knowledge, we can see how easy it will be for the anti-christ character to fool those same masses to their own peril.”

“That was a terrific film, it explains the falsehood of what I embraced as a child as heaven sent. Well done La!”
Rhonda M.Film Editor


“I watched LA Marzulli’s new film, “Fatima 2″, and was on the edge of my seat for the entire duration of this new and exciting addition to his intense and informative Watchman’s Chronicles series. Never before have I seen someone go into such a painstakingly detailed analysis of what took place in Fatima so many years ago. He uncovers, discovers and presents the TRUTH in a way no other researcher has dared to do. This film is certainly his best work to date. I highly suggest you view the film. It’s a life-changing experience. As Christians, we must look to the Supernatural and to history in order to understand the times we are in now. L.A. takes you down that path, he makes you think, he makes you question and most importantly, he makes you realize just how important your spiritual knowledge and growth are in the ever-changing times we live in today. This one’s a keeper folks. Get it today and share the information with all from the top of The Wall.” God Bless,
Mike Kerr
Co-FounderHear the Watchmen Ministries


“I just screened L.A. Marzulli’s Fatima 2: Strange Phenomena video and all I can tell you is WOW! For me, this installment resolved a number of gaps but watching it just now, it also generated a fresh set of unanswered questions. Yikes! Chief in my thinking is what happened to the parish priest, Father Marques Ferreira? He seems to have been a kind-of skeptic. He was just a young priest in rural Fatima at the time, and only a few years later, following these monumental events, he mysteriously disappeared from history! So, why? What happened to him? It was also fascinating to see the pagan-cultural traditions and practices linked to ancient goddess worship on the record happening exactly HERE, in this region of Portugal. You can’t make this stuff up! Finally, the animation sequences, (kudos to the animator!) included the apparition visions; a child-like entity seen at the Fatima tree; the widely reported metallic disc doing its heated fly-bys above the horrified crowds—all of these serve to illustrate the reported events and provide context for the glass-plate photographs under scrutiny. Lots of contributors from around the world provided useful testimony and analysis to round out the investigation. Highly recommend seeing this second documentary, and L.A.? Please. You and your team need to continue the investigation!”

FATIMA 1: MIRACLE OF THE SUN OR HARBINGER OF DECEPTION?

100 years ago an event happened that changed the world. Upwards of 70,000 were gathered in the little village of Fatima, Portugal. They were told, by an apparition that had appeared to three children—what many believed to be Mary of the Bible—that a miracle would occur. Something happened on October 13, 1917 and thousands of people witnessed it… It was called, The Miracle of the Sun.

The Watchman Chronicles with host L. A. Marzulli travelled to Fatima, Portugal to get the answers. You’ll be astounded when you hear what amounts to a completely different version of the events than we have been led to believe.